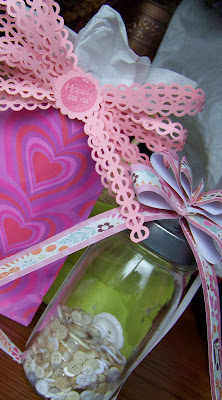 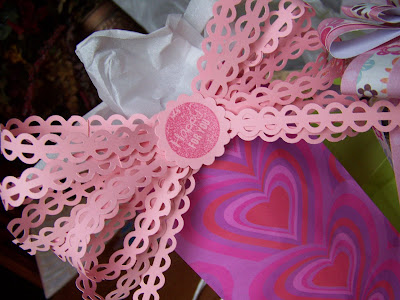 I've been experimenting with my Fiskars tools again. A small token gift always looks better when it's wrapped with "pizazz". I used my Fiskars Apron Lace border punch on both sides of 1 inch strips of paper. I glued 3 strips together to have 1 yard of lacy paper ribbon to work with. With some loops, wire, and a Seal of Approval scalloped center, this gift bag gets a makeover!

My button jar is topped with a ribbon surprise! By cutting 6 strips with my Fiskars Sure Cut Trimmer, layering, and then using some glue dots and thread, this ribbon can go from flat to "POP!" with just a slide of my fingers.
Posted by kellystar at 3:36 PM 1 comment:
Email ThisBlogThis!Share to TwitterShare to FacebookShare to Pinterest
Labels: ribbon 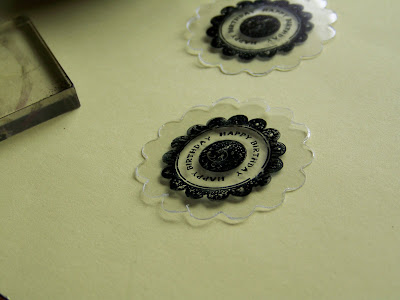 My inspiration for this project comes from childhood memories. Shrinky Dinks. I remember begging my mom to let us get Shrinky Dinks. After making our creations, we would press our noses to the oven door to watch them curl and shrink.

Well, I'm not a little kid anymore, but Shrinky Dinks are still around. I decided to use the shrink plastic to create a fun birthday gift for my 7 year old niece, who happens to be very fashionable. Right now, she adores the "mis-matched" craze right down to her feet. She loves to wear socks that are similar colors but different patterns and tights that have polka dots on one side and stripes on the other. I decided to make her mis-matched earrings.

Using my Fiskars "Seal of Approval" Squeeze punch, I punched out 2 shapes from the shrink plastic. I stamped a "Happy Birthday" with a Fiskars stamp onto the plastic using Stazon ink, and after they dried, I turned them over and colored the opposite side with permanent paint markers. 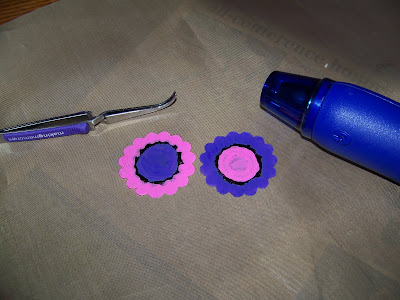 Here is where technology is great! No more waiting with my nose pressed to the oven window...my heat gun works fabulously! I slowly wave the gun over the shrink plastic shapes as they curl, shrink, and then flatten. 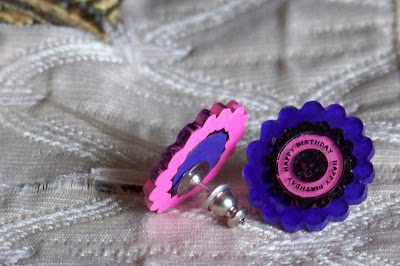 I glued earring hardware onto the back and created a tendy purse card to make a presentation. 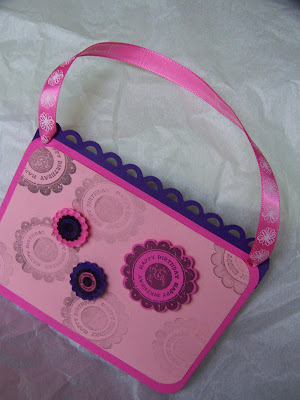 What inspires you from your childhood? Spirograph? Etch a Sketch?
Me, I'm going to go look for my Fashion Plates.
Posted by kellystar at 2:49 PM No comments:
Email ThisBlogThis!Share to TwitterShare to FacebookShare to Pinterest
Labels: jewelry 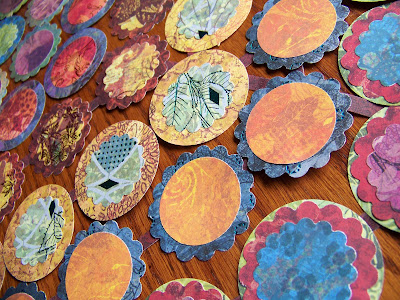 I am many things...a wife, a mom, a physical therapist, a Fiskateer, a housework procrastinator, a crafter...but, I am NOT a quilter. I want to be a quilter, but it just doesn't seem meant to be. Sure, I can sew straight lines, but the artist in me just can't handle all of the precise measurements required of quilting. Some might disagree, but I think paper is much more forgiving.

A vintage penny quilt is my inspiration for this paper table runner. I've always admired how the perfectly shaped stacks of circles connected with tiny stitches are so simple yet produce such magnificent results. So, no, I am not a quilter, but I do know how to improvise.

Using my Fiskars Sure Cut Paper Trimmer made cutting the 12 inch by 1/4 inch connecting strips an easy job. After arranging and gluing the first six strips into symmetrical angles of approximately 60 degrees, I began gluing on each of the "pennies" with tape runner adhesive. 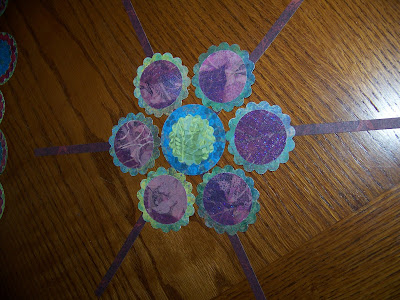 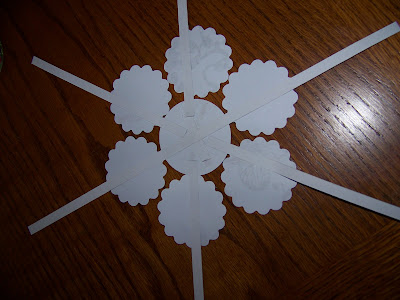 I just kept adding and attaching more strips as I added each row. As I got further out from the center, I would gently pick up the runner from the table--where there seemed to be a gap between rows, I would add a small strip for stability. I continued this method until I had all 7 rows attached. 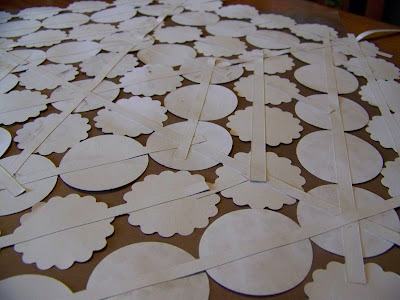 The end result is a "vintage" paper penny table runner...a great centerpiece for the dining room table. I could even frame it and hang it on the wall. Maybe, I am a quilter after all. And, maybe, I'll give that material quilting method another try someday. Maybe. 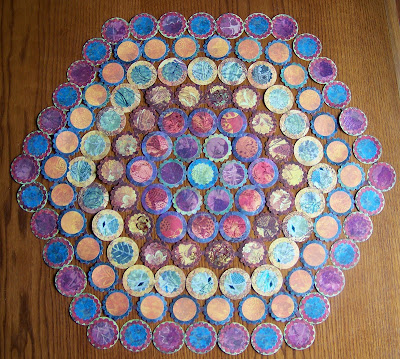 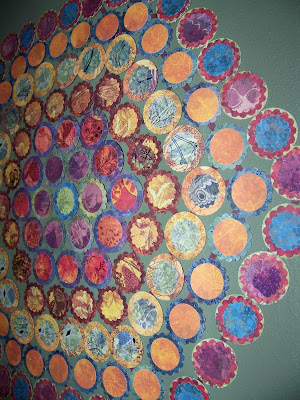 this is me, Kelly 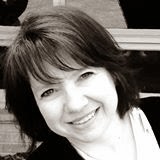 A busy mom to 4, wife to 1, dog-mom to 2, pediatric physical therapist, crafty chick, artist, pathological picture taker, painter, cook, baker, multi-tasker, and now a blogger! And, oh yeah...I'm the crafty neighbor! I've had my creations posted all over the web on many crafty sites. Currently, I design for Michigan Scrapbooker magazine and Scrap It Girl.

PHOTO OF THE DAY 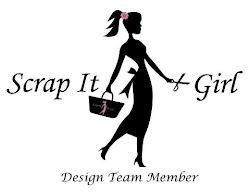 What ya lookin' for?

These are a few of my favorite blogs (sing it)! 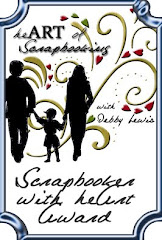 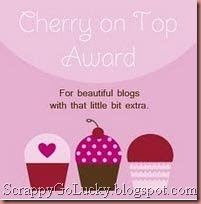